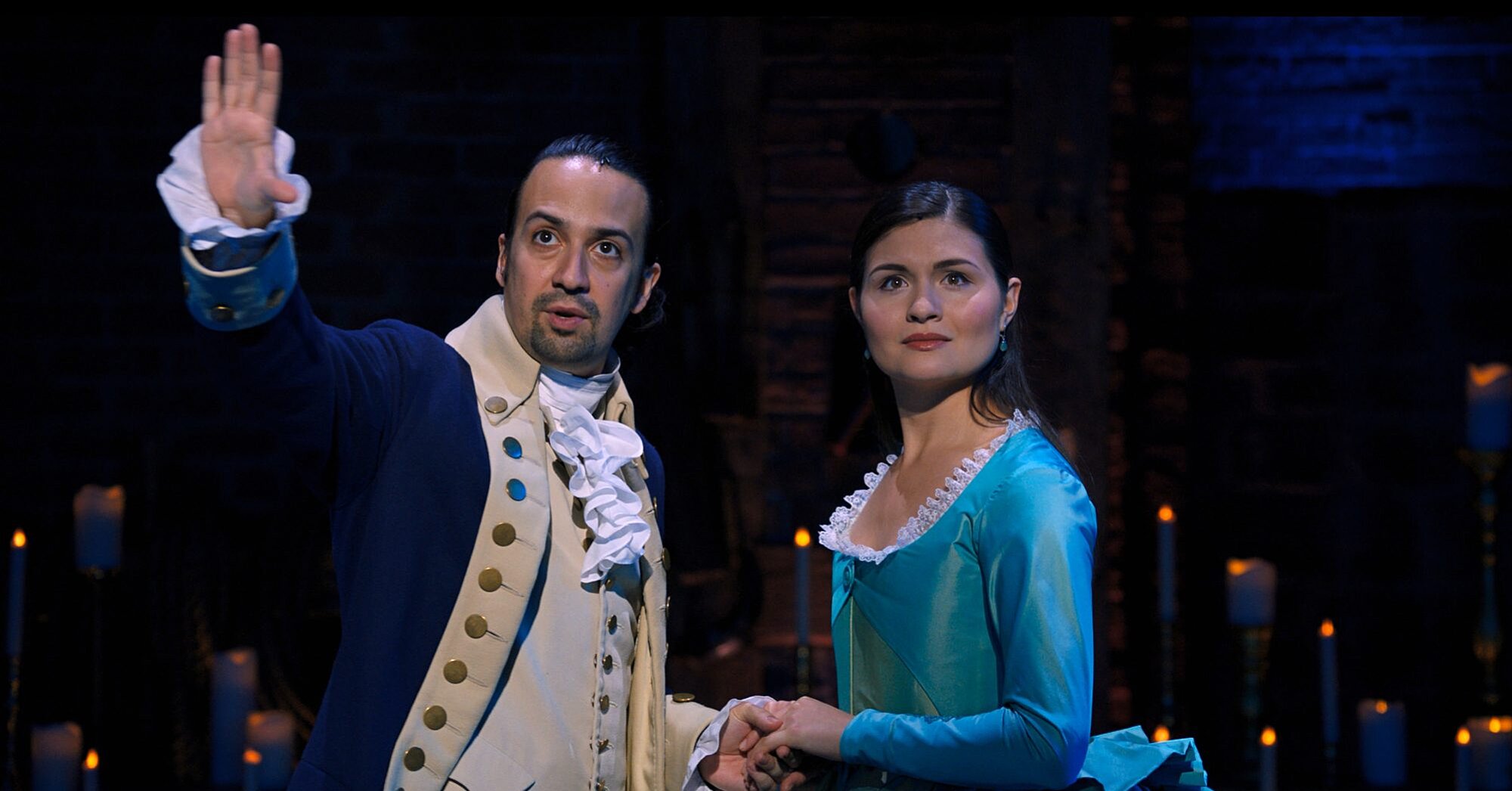 The highly anticipated ‘Hamilton’ movie released the first trailer ahead of its July 3 premiere date on Disney+. Filmed in 2016, it features the cast including Lin-Manuel Miranda, Daveed Diggs, Leslie Odom, Jr., Phillipa Soo, and more.

If you never got a chance to snag those coveted Hamilton tickets, don’t throw away your shot at seeing the filmed version of the acclaimed musical. The official trailer debuted on Sunday, and the film will hit Disney+ exclusively on July 3, as previously reported.

Fans raved after the release date was revealed, given that the film version was originally slated to drop in theaters in 2021. But “in light of the extraordinary challenges facing our world,” Disney’s Bob Iger recently announced the date would be moved up to July.
Diggs spoke to EW in May about his “complicated” feelings regarding seeing himself in Hamilton’s movie version.

“I’m terrified. I’ve never seen myself do that and it’s still the thing that most people talk to me about that I have done,” he told EW. “One of the only reasons I can stand that kind of attention is that I haven’t seen it. At some point, I’m going to be forced to watch it and actually deal with my own feelings about this, and so that is complicated for me, for the kind of artist I am, which is I don’t really like to watch myself doing things. The sort of saving grace of a play is that I never have to watch myself doing it.”