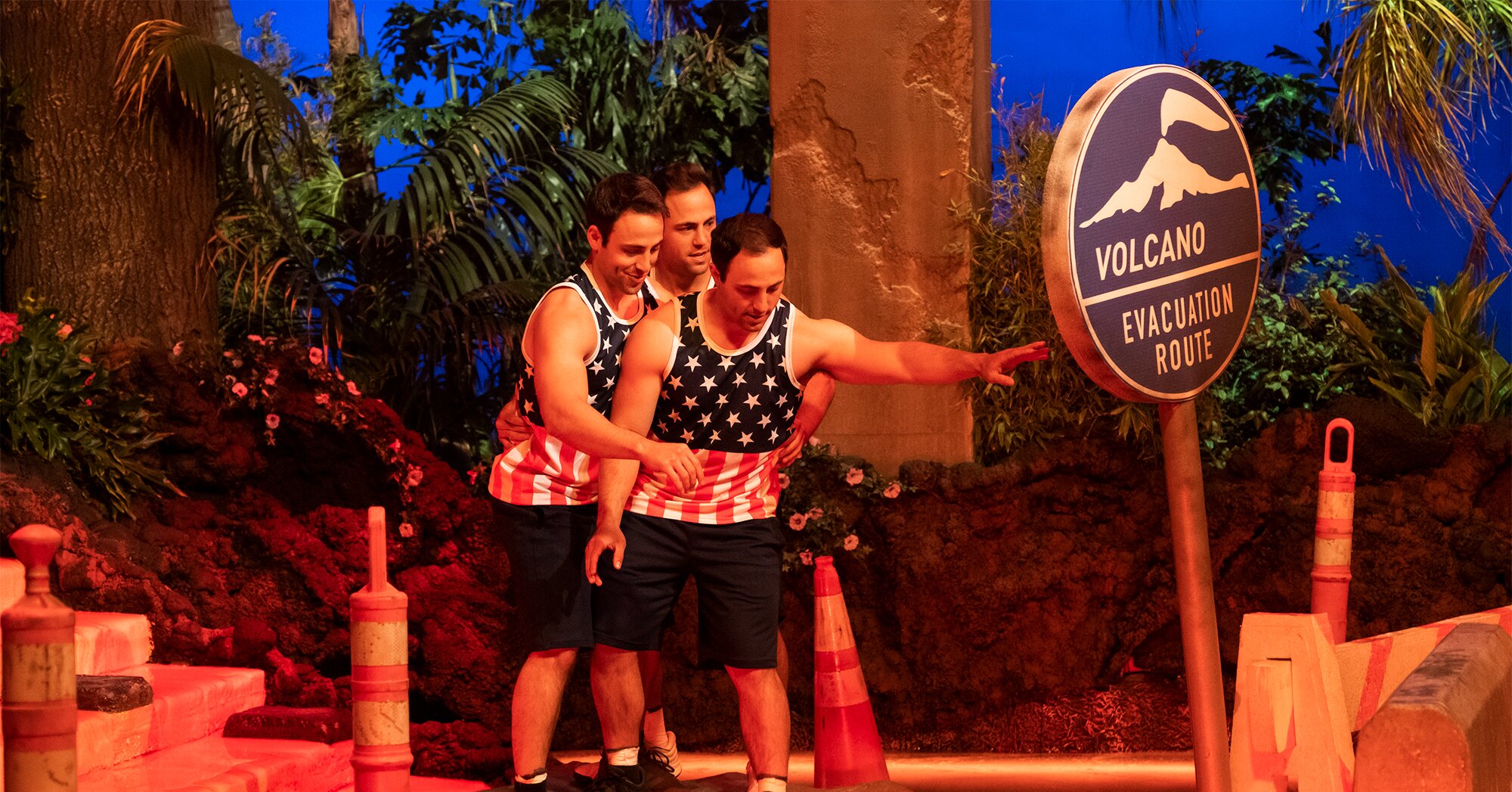 The Floor Is Lava EPs also tease what the secret recipe of the lava is. Someone hire Plankton immediately.

The Floor Is Lava EPs also tease what the secret recipe of the lava is. Someone hire Plankton immediately.

Long live the epic wipeout. But also, long live moms beating frat boys at anything.
On June 19, a new game show skyrocketed to the top of Netflix’s Top 10: Floor Is Lava. The obstacle courses in the 8 episodes are directly inspired by that game you always played on your mom’s couch, except now the carpet is a lava-spewing death trap made with a mysterious recipe that’s being kept under wraps (or is it? Keep reading). The show’s success is fueled in part by a key fact about the pastime, as the show’s producers can attest: anyone can win if you can meet brains with brawn. It’s where soccer moms can beat frat boys. This isn’t Ninja Warrior or Wipeout. This is ultimate furniture hopping.

“It’s for everybody. Everybody played this as a kid. Everybody can play it now as an adult in real life. There’s no one type of person who’s going to be on the show,” co-executive producer Megan McGrath tells EW.

But let’s not just take their word for it. Each episode of Floor Is Lava features a completely themed obstacle course based on a room of the house, like the kitchen or basement (except, um, there’s a planetarium? Bougie much?). We’re not sure who owns this house, but the basement has a pyramid so maybe Frank Ocean?

The season is broken up into two levels. The first features three teams of three people each who face-off to see who can get the most players across the course in the fastest time. The next level ups the ante with a face-off battle between two teams, with more challenges coming their way. The courses have grips and things to hang off of at every turn, like curtains that can glide you across a wall or a teetering telescope that’ll plop you near the exit.

There are various ways teams can be on point about their strategy, yet one of the smartest tactics so far is to have at least one teammate nearby to help you balance after a jump and/or have a clear leader direct the team to their next move. Two teams have done this to a tee: a mom and her college-bound twins from the premiere and the siblings team from “Planetarium: Level Two.” This is a game that features teams with names like the “Battling Bros” and dudes in American flag tank tops. They take it upon themselves to be the hero. And that’s when the memes are born. The frat-boy comeuppance is as savory as it is sweet.

Speaking of sweet, EW asked the Floor Is Lava producers to cough up the secret recipe to the lava mixture. Our best guess was somewhere between water and that strawberry syrup you get at diners.

“The lava is not like water at all,” executive producer Irad Eyal says.
Welp.
He continues: “It’s thicker, slipperier. You know it does not feel like water and it doesn’t look like water when you’re standing there.”
Eyal knows from experience. Eyal snuck into a test run since every course needed to be marked safe before contestants could start.
“We’ve been joking about [the lava ingredients]. Because it’s now become like our 11 herbs and spices. Lava is so particular because it has its own glow to it,” he says. “We studied videos of lava in Hawaii and different kinds of lava flows. And when you really look at it, you realize how there’s something there unlike any other liquid. There’s no other liquid that has an internal glow like that.”

Get you someone that talks about you like Eyal does his lava.
Although no news of a second season has been announced, we may already know what to look out for if it does happen with this little easter egg. Eyal says there were rooms that were fully built but never shown in season 1, except if you look closely at the intro scenes where the cameras fly through from room to room. There, you may find what is lying next. Good luck!
Related: