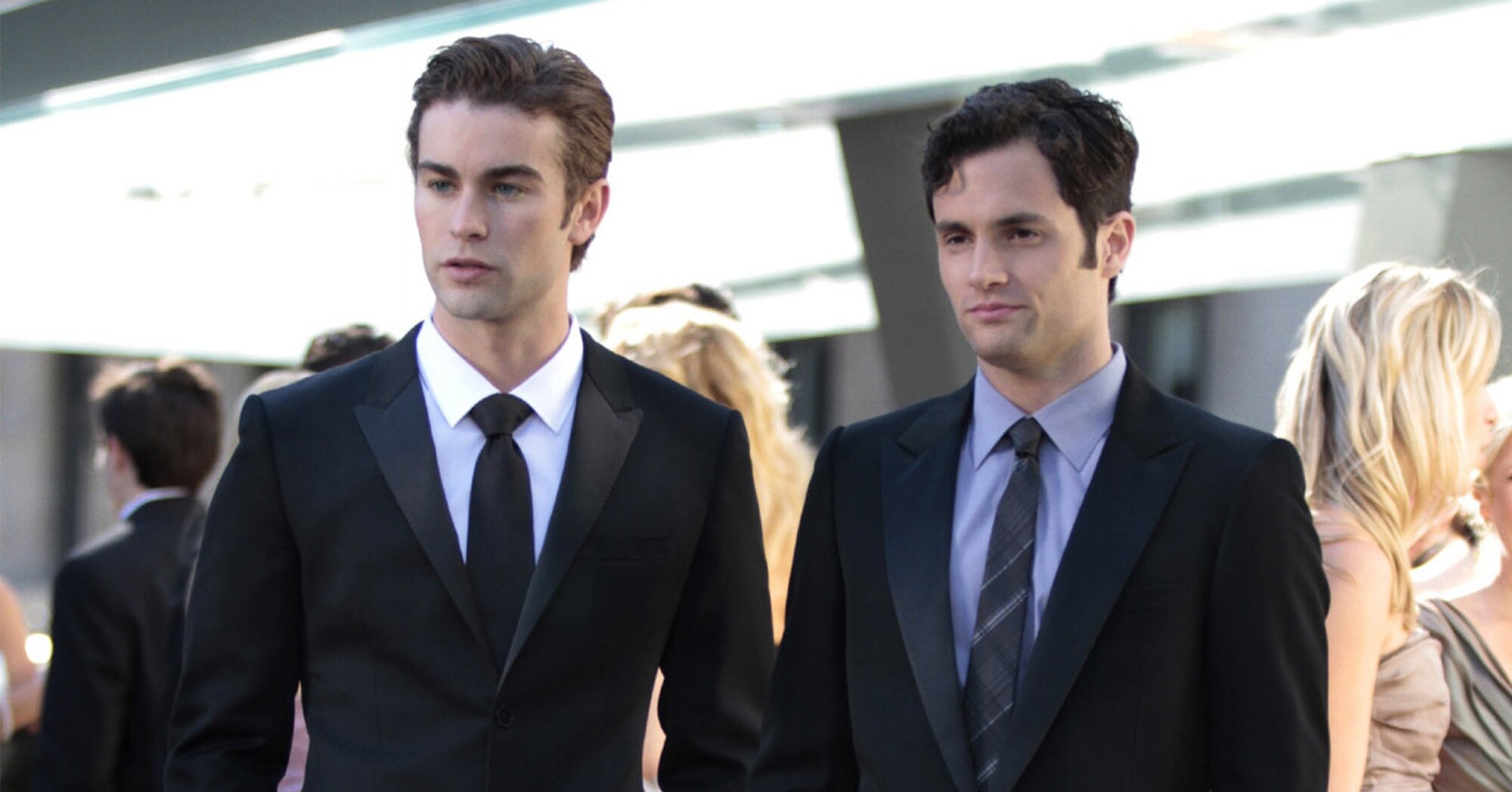 Former ‘Gossip Girl’ costars Chace Crawford and Penn Badgley reunited to look back on the hit show and discuss their current projects.

Even Nate and Dan have some questions about that Gossip Girl ending.
Gossip Girl first aired its much-debated series finale in December of 2012, and nearly eight years later, two of its stars are still a little confused. As part of Variety’s Actor on Actor series, Penn Badgley and Chace Crawford reunited for a virtual chat about their current projects — Badgley is on Netflix’s YOU while Crawford is part of Amazon’s The Boys — and their time spent on the hit teen show.

Discussing Badgley’s current role of Joe Goldberg, Crawford points out that, “What’s interesting about Joe — it is almost like an odd continuation of Dan.” He then continues to say, “At the end of Gossip Girl the show, whatever your reaction is on whether it was smart to do that or not, that he’s Gossip Girl — it didn’t really line up with the character of Dan. Right?” Badgley responded with, “Yeah.”

The “Dan is Gossip Girl” reveal is known as one of the crazier decisions the series made. Although it does line up with Badgley’s current role of Joe. As Badgley puts it in the video, “I’ve always tried to be both transparent and forthcoming and grateful of the way Gossip Girl positioned me to be in a role like this and for it to have the particular effect that it has. Because it’s interesting that regardless of my performance, the fact that it’s simply me, just one of the main characters of the show called Gossip Girl, and I ended up being Gossip Girl — even though we can debate about whether or not that makes sense. And we can debate about whether or not Dan is even really a male lead in the show, because the heart of the show was somewhere else. But anyway, it’s me playing this guy Joe, and it makes a lot of sense in a way …  In a way, it’s almost like Dan, just with bloody hands.”

The former costars also chatted about rewatching the series — Badgley rewatched it with his now-wife before they got married, but Crawford hasn’t revisited. “I don’t like really watching myself that much in general,” Crawford says. “So to go back and open that time capsule, I think there would be some nostalgic value. We’re doing that when you come to L.A. We’ll have a drink.”

Badgley adds, “Dude, if we live-tweet a viewing of any episode of Gossip Girl, people would love that.”
Indeed, people would … especially if it’s the series finale.
Watch the whole video at Variety.
Related content: